Our Mission is to improve the world one human being at a time through programs that teach and promote empathy, fellowship and service.  To lead a movement of compassion and activism in our community that inspires new generations to answer the call of "We Serve". 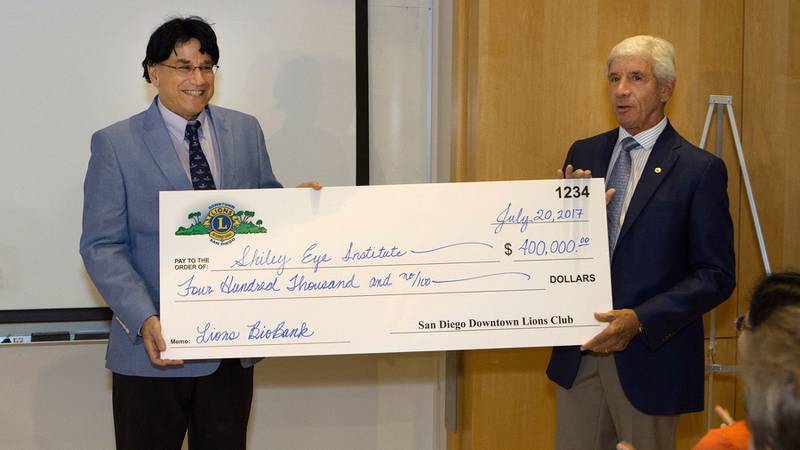 The San Diego Lions Welfare Foundation funds and participates in a wide variety of service projects and programs that support sight and hearing, the U.S. Armed Forces and Veterans, the Homeless, and other underserved groups.

All donations to the San Diego Lions Welfare Foundation are tax-deductible (EIN: 33-0299972).

Judge Pete Gallagher, a long-time baseball aficionado, took the reins in 2003 and the Tournament currently averages 130+ High School Teams per year. Pete also instituted a Coaches Dinner, hosted at and by the Downtown San Diego Lions Club, where Coaches, Baseball Officials, and Lions share stories over steaks and libations.

The San Diego Lions Tournament is ranked as the 4th best in the Nation just behind the Boras Tourney and the National Invitational in South Carolina and MaxPreps ranked the tournament as 5th best in the United States. More details can be found at LionsBaseball.

Established in 1922, the Downtown San Diego Lions Club is one of very few service clubs to enjoy the ownership and use of its own beautiful meeting facility. Our meeting room and Executive Offices are located in the heart of San Diego's exciting Gaslamp District.

We welcome Lions from around the world to join us when visiting San Diego! We invite all service-minded individuals located in San Diego to call for information about attending a meeting!

Since 1917, Lions have served the world's population through hard work and commitment to make a difference in the lives of people everywhere. With 1.38 million Lions serving in 46,481 clubs in over 210 countries and geographical areas, Lions Clubs International is the world's largest service club organization. The Downtown San Diego Lions Club is one of the largest Lions Clubs in the United States.

Although Lions internationally are noted for their assistance to the blind, the Downtown San Diego Lions Club supports a wide variety of projects that reach out to at-risk youth, seniors, physically disadvantaged, the military and Veterans, and others!

When it comes to meeting challenges, our response is simple: We serve! In our community, we are involved in volunteer work, helping, leading, planning, and supporting. Because we're local, we can serve the unique needs of the San Diego community and because we're global, we can address challenges that go beyond borders. 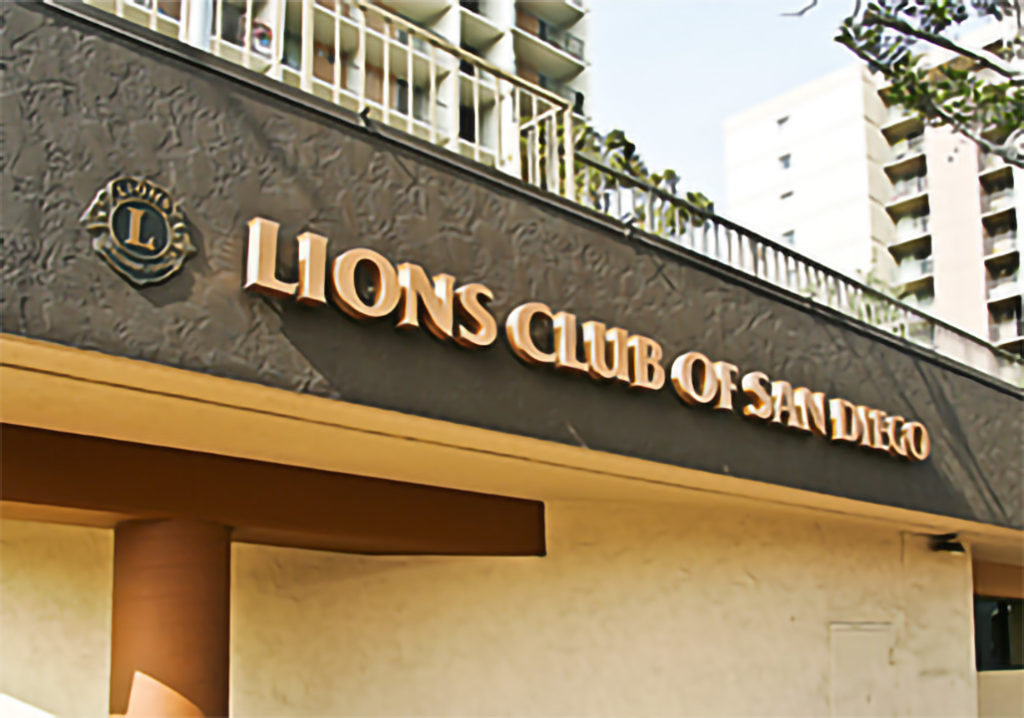 We want everyone to see a better tomorrow. That's why we support sight programs and services including vision screenings, eye banks, and eyeglass recycling. The Downtown San Diego Lions Club is involved in a wide variety of projects that reach out to at-risk youth, seniors, physically disadvantaged, the military and Veterans, and others.

We empower the next generation by providing youth volunteer opportunities and leadership experiences, our youth programs invest in the future by reaching out to young people.

The Lions Optometric Vision Clinic (LOVC) provides eye care for individuals in San Diego who are unable to obtain assistance through private insurance, welfare, or other social services and they accept donations of used eyeglasses.

The LOVC operates independently of the Downtown San Diego Lions Club and we know of no other place to go for Low Cost Eyeglass assistance in San Diego.

The Ear of the Lion is currently open and operating during COVID-19.

The Ear of the Lion serves San Diego County and operates independently of the Downtown San Diego Lions Club.

Ear of the Lion

This is an event you CANNOT miss! It is Hawaiian Themed so bring those Crazy shirts, leis and get your hula on! Dinner and Dancing under the stars! We are bringing in the Bayou Brothers Band for your dancing and entertainment pleasure. If you aren’t familiar with them take a listen. https://www.youtube.com/watch?v=8m0ORp5lUV0. Our annual Installation…

We Serve…Putting Money Where Our Mouth Is!

Is the amount the the Downtown San Diego Lions Club Welfare Foundation has donated between July, 1996, and June, 2021, to the San Diego community.

Some of our recent grants: